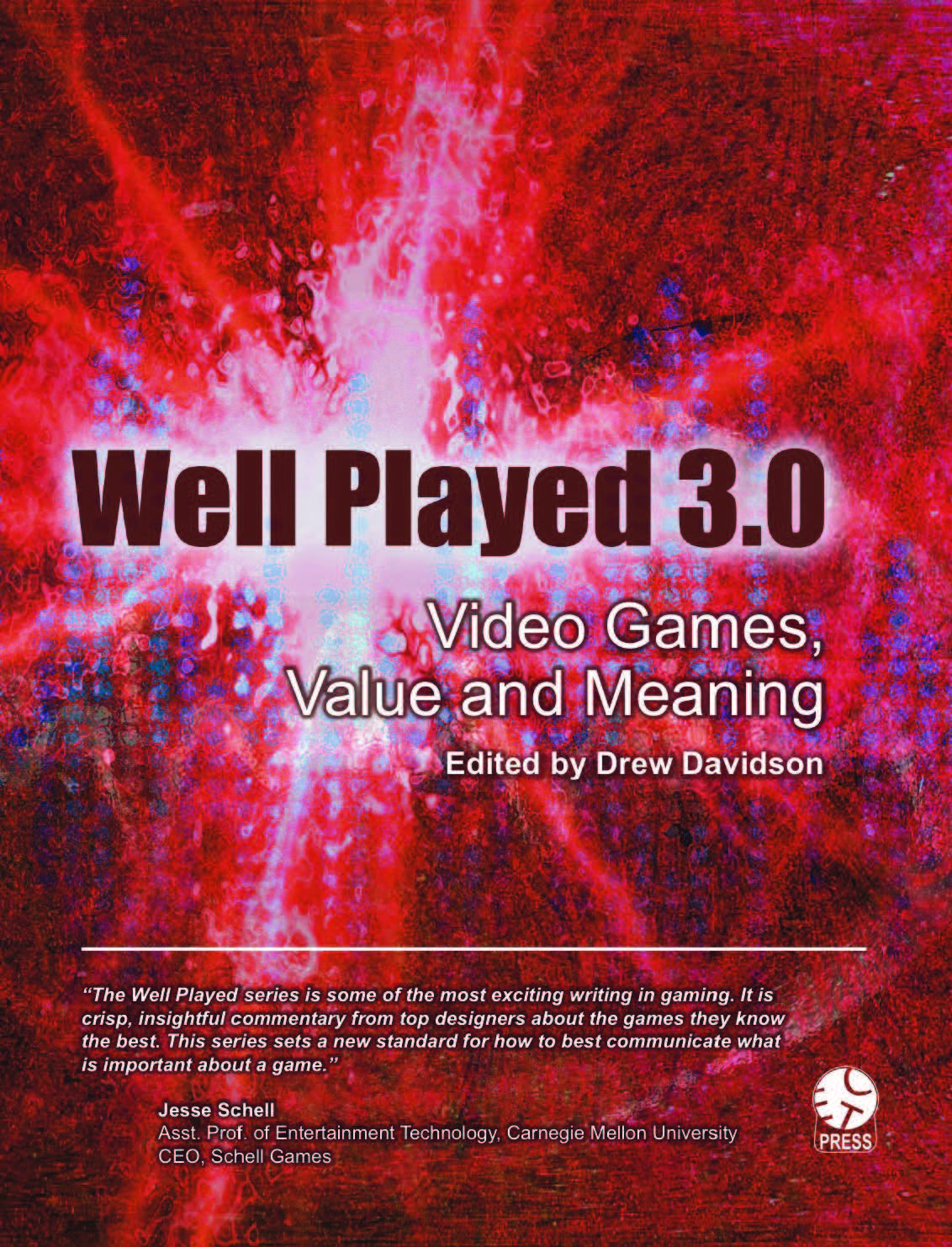 Following on Well Played 1.0 and 2.0, this book is full of in-depth close readings of video games that parse out the various meanings to be found in the experience of playing a game. Contributors analyze sequences in a game in detail in order to illustrate and interpret how the various components of a game can come together to create fulfilling a playing experience unique to this medium. Contributors again look at video games, some that were covered in Well Played 1.0 and 2.0 as well as new ones, in order to provide a variety of perspectives on more great games. “The Well Played series is some of the most exciting writing in gaming. It is crisp, insightful commentary from top designers about the games they know the best. This series sets a new standard for how to best communicate what is important about a game.” Jesse Schell, Asst. Prof. of Entertainment Technology, Carnegie Mellon University, CEO, Schell Games “The Well-Played books are a unique look into games – narrow but deep – an exploration into games-as-texts. The essays in Well Played 3.0 range from the analytical, to the highly personal, and even include special and rare treats such as the conversational essay between Davidson and lead designer Richard Lemarchand about Uncharted 2. Well-Played 3.0 explores the least Frequently Asked Questions about video games… which is exactly why you should read it.” Michael John, Creative Director, Electronic Arts “We need no longer wonder at the affective power of playable media, as these essays chart a delightfully meandering course through a rich landscape of meaning and emotion, flowing from rigorous critical analysis to personal revelatory stories. Stimulation for your mind and heart.” Jane Pinckard, Associate Director, Center for Games and Playable Media, UC Santa Cruz “Well Played 3.0 is a treasure chest full of cracker jack essays which reflect the very best in contemporary game criticisms, essays which take us deep into the personal experiences of gifted gamers. Taken collectively, these essays represent an exploration of the many different senses in which we can call game-playing a meaningful activity. Game designers talk abouteach new game adding a verb to the vocabulary of their medium; one could argue that each essay here also adds a new verb to the language of game criticism. Anyone who doubts that game design — or game criticism — can be artful will have far less skepticism after reading this remarkable volume.” Henry Jenkins, Author of Fans, Bloggers and Gamers: Exploring Participatory Culture, Provost’s Professor of Communication, Journalism, and Cinematic Arts, University of Southern California