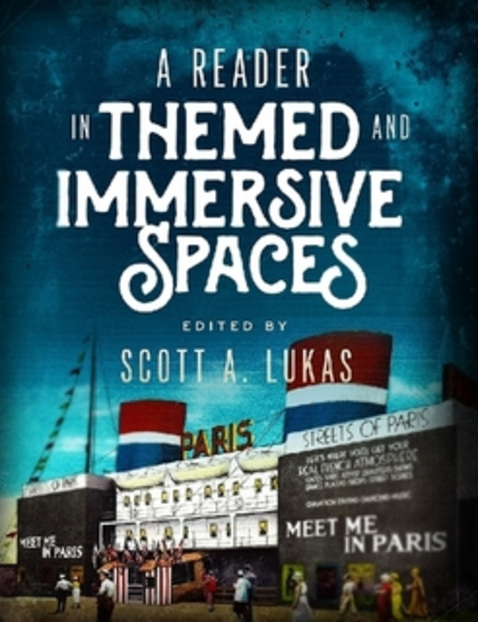 Since the late 2000s, the themed space has been the subject of widespread analysis and criticism in academic communities as well as a popular source of entertainment for people around the world. Themed spaces have, at their foundation, an overarching narrative, symbolic complex, or story that drives the overall context of their spaces. Theming, in some very unique ways, has expanded beyond previous stereotypes and oversimplifications of culture and place to now consider new and often controversial topics, themes, and storylines.

At the same time, immersion—or the idea that a space and its multiple architectural, material, performative, and technological approaches may wrap up or envelop a guest within that space—has expanded to become an overarching concern of many consumer spaces around the world. Casinos, theme parks, lifestyle stores, and museums and interpretive centers alike have looked to immersion as a means of both selling products and educating the masses.

This collection in themed and immersive spaces brings together researchers, critics, and design professionals from around the world to consider the many cultural, political, historical, aesthetic, existential, and design contexts of themed and immersive spaces. The text is organized in these key areas: the Past, History, and Nostalgia; the Constructs of Culture and Nature; the Ways of Design, Architecture, Technology, and Material Form; the Aspects of Immersion, Experience, and Phenomena; the Notions of Identity, Self, and Ideology; the Deployments of Rhetoric, Performance, and Affect; the Politics of the Space; the View of the Critic; and the Place of the Future.