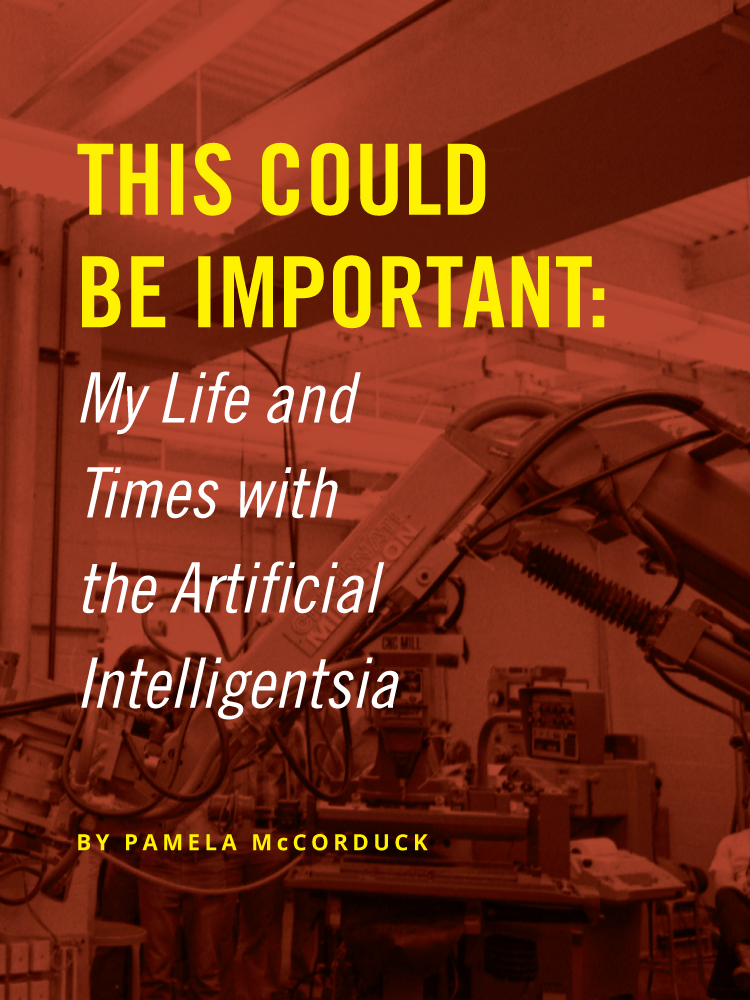 Description In 1979 Pamela McCorduck published the first modern history of artificial intelligence, Machines Who Think. But as This Could Be Important shows, she’d been intrigued by AI for nearly twenty years before that. She’d first met AI when she was an undergraduate English major at Berkeley, and became steeped in the culture at Stanford and Carnegie Mellon Universities. While she couldn’t judge whether AI was sound science, or would ever move from the fringes to scientific respectability, she was confident that the people who pursued AI were some of the most intelligent human beings she’d ever had the joy to meet. Friendships with the AI founding fathers, first professional, and later personal, laid the foundation of her lifelong fascination with AI. When she and her computer scientist husband moved to New York City, she joined various literary circles, but faced impossible battles to convince public intellectuals in the 1980s, the 1990s, and beyond, that AI could be important. Drawn from the journals she kept, she describes those battles candidly—losing a university tenure fight over Machines Who Think (which was later celebrated as influencing a generation of young researchers), being flayed alive in the New York Times and the New York Review of Books for her heresies. She writes how she was aghast and then contemptuous of one celebrity intellectual’s ignorance, dismayed by others for their unwillingness to try even to understand. Yet AI is here, and so is she. If she once thought that pursuing more intelligence was as unequivocally desirable as pursuing more virtue, she awakened to what, as a student of the humanities, she should always have known—that any human endeavor brings in its train the sublime and the ridiculous, opportunities for great good, and risks of great evil. In this book she also ponders the present, where two global super-powers, the United States and China, have at their disposal a power never before seen in human history. Neither one will get it right the first time. But with due caution, AI can be done right.